Skip to content
This week, we started opening our restaurants on Mondays. We are now open Monday through Saturdays from 11 AM to 10 PM. Visit our restaurant each day of the week for a different event:

Blood, Sweat, and Beers is a local running group that meets on Thursday evenings. They start at Black Bolt CrossFit and end at Brew N Que. If you love running and want to participate, join the Facebook group for more information. 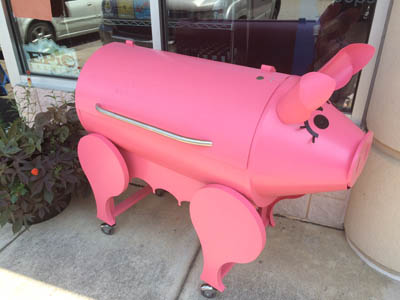 A few weeks ago, we shared that we will be selling smokers and teaching lessons from our Brew N Que restaurant. This week, we are one step closer to that goal!

If you are interested in purchasing a Traeger smoker, send us an email or stop in for more information! When you purchase a smoker with Big Mike’s BBQ, make us your regular supplier for wood pellets, charcoal and other BBQ supplies!

On tap this weekend at Brew N Que

* * *
Y’all come and see us for authentic barbeque and craft beer on tap at Big Mike’s Brew N Que on Maynard Road in Cary NC. We also have a big selection of bottled craft beer and offer catering services. Easy to get to from Apex, Morrisville, Raleigh, Durham, and Holly Springs. Find out why Brew N Que is the Triangle’s best BBQ restaurant!